Surface wave, or ground roll wave, is usually used as a strong amplitude noise that interferes with the reflected signal and needs to be attenuated or eliminated. But the basic idea of this task is to use the dispersion characteristics of surface wave to analyze the surface wave, so as to deduce the formation velocity. 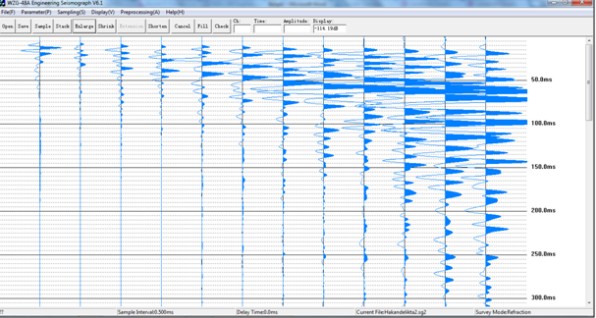 The near surface investigation is usually used to explore the depth from tens of meters to hundreds of meters. This task usually uses wavelets greater than 50 Hz as signals. MASW, that is, multi-channel surface wave analysis, usually deals with low-frequency (such as 1-30Hz) surface waves. Generally, the detection ranges from several meters to tens of meters, which is shallower than the above one.

The basic process of MASW is divided into three steps

(2) extracting dispersion curves (one from each record);